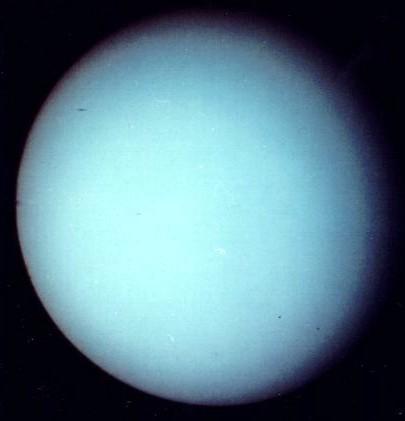 So far the only probe to visit Uranus has been the historic Voyager 2 mission.

This picture was taken 9.1 million kilometers from the planet and shows a featureless surface.