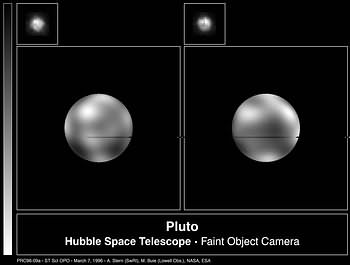 Today Pluto is no longer regarded as a planet, having been reclassified. However, it was believed to be so at the time of it’s discovery and it was therefore a target for exploration when plans were made to send probes out.

So far it remains the only ‘planet’ in the solar system not to have been visited by a probe. 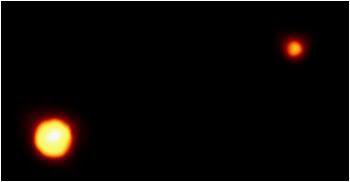 The best pictures of Pluto have been taken by the Hubble Space Telescope, and it was this that discovered Pluto had a moon, which was named Charon