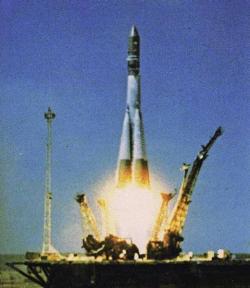 Vostok 1 (Russian: Восток-1, East 1 or Orient 1) was the first spaceflight in the Vostok program and the first human spaceflight in history. The Vostok 3KA spacecraft was launched on April 12, 1961 and took Yuri Gagarin, a cosmonaut from the Soviet Union, into space. As well as being the first time that a human entered outer space, it was the first orbital flight of a manned vehicle.

Vostok 1 was launched by the Soviet space program, and was designed by Soviet engineers guided by Sergey Korolyov under military supervision of Kerim Kerimov and others.

The spaceflight consisted of a single orbit of the Earth and according to official records, the spaceflight took 108 minutes from launch to landing. As planned, Gagarin landed separately from his spacecraft, having ejected with a parachute 7 km (23,000 ft) above ground. 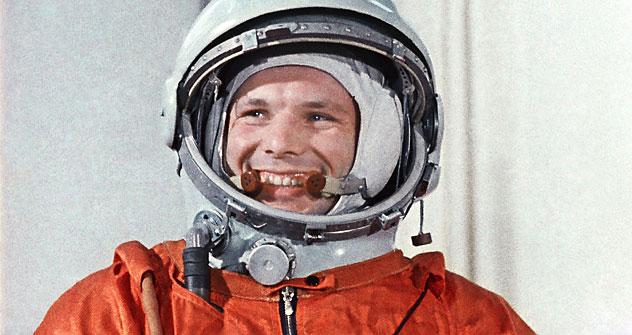 Due to the secrecy surrounding the Soviet space program at the time, many details of the spaceflight only came to light years later, and several details in the original press releases turned out to be false.