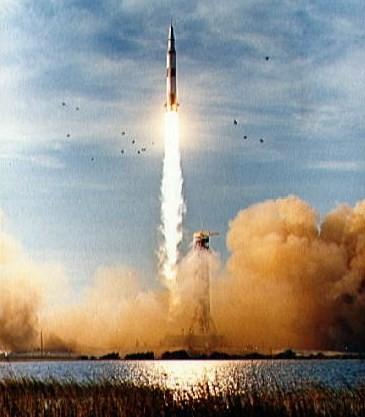 At 7:51 a.m. EST on 21 December 1968 Apollo 8 lifted off from the Kennedy Space Centre, Florida and became the first manned flight using a Saturn V launch vehicle. The crew, Frank Borman, James A. Lovell Jr. and William A. Anders were the first humans to leave Earth orbit and, when they achieved Lunar orbit on 24 December, the first to see the far side of the Moon.

The crew orbited the Moon 10 times and photographed the near and far sides of the lunar surface getting information on topography, landmarks and possible future Apollo landing sites. During this period, on Christmas Eve, the crew made a television broadcast in which they read the first 10 verses from the Book of Genesis. Borman finished the broadcast with the words "And from the crew of Apollo 8, we close with good night, good luck, and a Merry Christmas to all of you, all of you on the good Earth". At the time, this broadcast was the most watched TV program ever. It is estimated that a quarter of the people alive at the time saw it - either live or delayed. 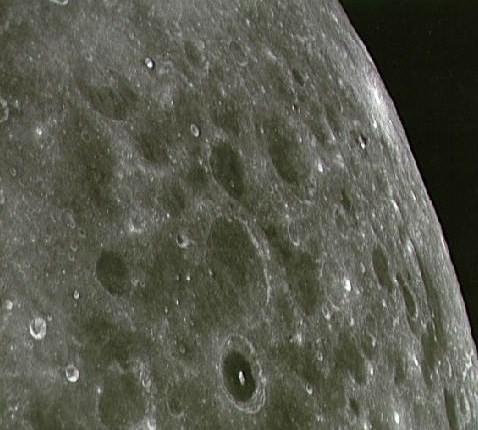