Cassini–Huygens is a joint NASA/ESA/ASI mission which has been studying the planet Saturn and its many natural satellites since 2004. It was launched on October 15, 1997 consisting of a Saturn orbiter (Cassini) and an atmospheric probe/lander for the moon Titan (Huygens). After a flyby of jupiter it entered Saturn orbit on July 1, 2004 and Huygens landed on Titan January 14, 2005.

This was the first landing ever accomplished in the outer Solar System. On April 18, 2008, NASA announced a two-year extension of the funding for ground operations of this mission, at which point it was renamed to Cassini Equinox Mission and it was again extended in February 2010 with the Cassini Solstice Mission.

The mission is currently planned to continue until 2017 when it will end with a Saturn impact. 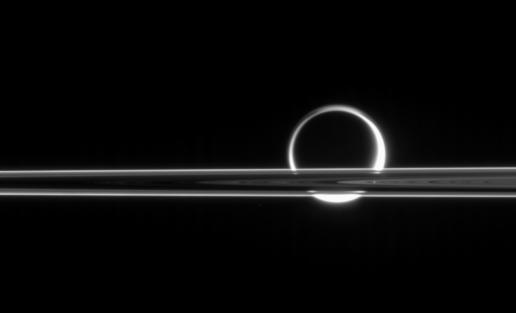